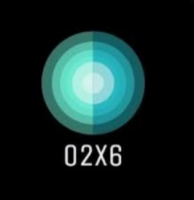 Ripple was one of the top-performing cryptocurrencies of 2017, up by a staggering 35,500% for the year. And as a relatively new player in the cryptocurrency space, Ripple isn't well understood by as many people as, say, bitcoin and Ethereum are.

With that in mind, here are seven facts that will help familiarize you with Ripple, how the cryptocurrency works, and its key advantages over other leading digital tokens.

Ripples on surface of water.
1. Ripple isn't the cryptocurrency's official name
The cryptocurrency commonly referred to as Ripple is officially called the XRP. In other words, there's technically no such thing as buying "100 Ripple."

Ripple Labs is the name of the company that created the XRP token, and to be fair, Ripple is much easier to remember and a much catchier name, so that's why many people use the terms interchangeably.

2. Ripple offers three different products, and only one uses the XRP token
One interesting fact that even many Ripple owners are surprised to learn is that the company's flagship product, xCurrent, doesn't really use the XRP cryptocurrency at all.

xCurrent is designed to allow banks to transact with one another, and to provide compatibility between any currencies, not just cryptocurrencies. In fact, this is the product used in the well-known partnership with American Express and Santander.

The product that trades XRP through the xCurrent system is known as xRapid. This supposedly has several key advantages, such as making transactions even faster and opening up new markets, but it isn't being widely used yet.


3. You can't mine Ripple
Bitcoin's circulating supply gradually increases due to a process called mining, in which users pool their computing power to process transactions in exchange for newly minted "blocks" of tokens. Many other major cryptocurrencies also grow their supply through mining.

However, Ripple is different. All 100 billion XRP that will ever be created already exist, although not all are in circulation yet, which we'll get to in the next section.

4. Only about 40% of XPR tokens are in circulation
Although there are 100 billion XRP tokens in existence, the majority of them aren't in circulation yet. Ripple Labs owns about 60 billion XRP as of this writing, 6.25 billion of which are directly owned and 55 billion of which are in escrow accounts for future distribution. Over the next few years, 1 billion XRP will become available per month to be distributed. So, the circulating supply could increase dramatically in the coming years.